Creative Directors of GmbH- Benjamin A. Huseby and Serhat Isik showcased a breathtaking collection titled White Noise. Models strutted on the ramp in portrait neckline jackets and over coats. Denims also had its moment during the show with a lot of denim-on-denim looks. Speaking to Vogue, designer Serhat Isik said, “We didn’t want to do what we normally do. We always research our own heritage and history. With this one we wanted to explore what whiteness is, maybe because we’re tired of exploring what our brown-ness is. Because we’re always forced to deal with—or confront or to defend—our BIPOC identity, our blackness. And that’s not a color we chose. And you could say it was white people who created these ideas of color and race or otherness. We wanted to turn that othering around.”

Bold, bright and unmissable, the majority muted hues of the collection by Kim Jones in collaboration with Travis Scott received a contrast jolt courtesy of a series of acid-toned looks in the middle of yesterday’s show. An echo of Monsieur Dior’s own “coup de Trafalgar” – his tendency to surprise his couture guests with the sudden appearance of an unexpected color – fluorescent green glowed from a high-fastening ‘Tailleur Oblique’ suit with matching Stephen Jones Millinery hat, a flower-motif knitted tee, and concealed-button bouclé coat were the highlights.

Hermes Men’s Spring-Summer 2022 show comprised of 41 looks which was created by Véronique Nichanian and show directed by Cyril Teste. 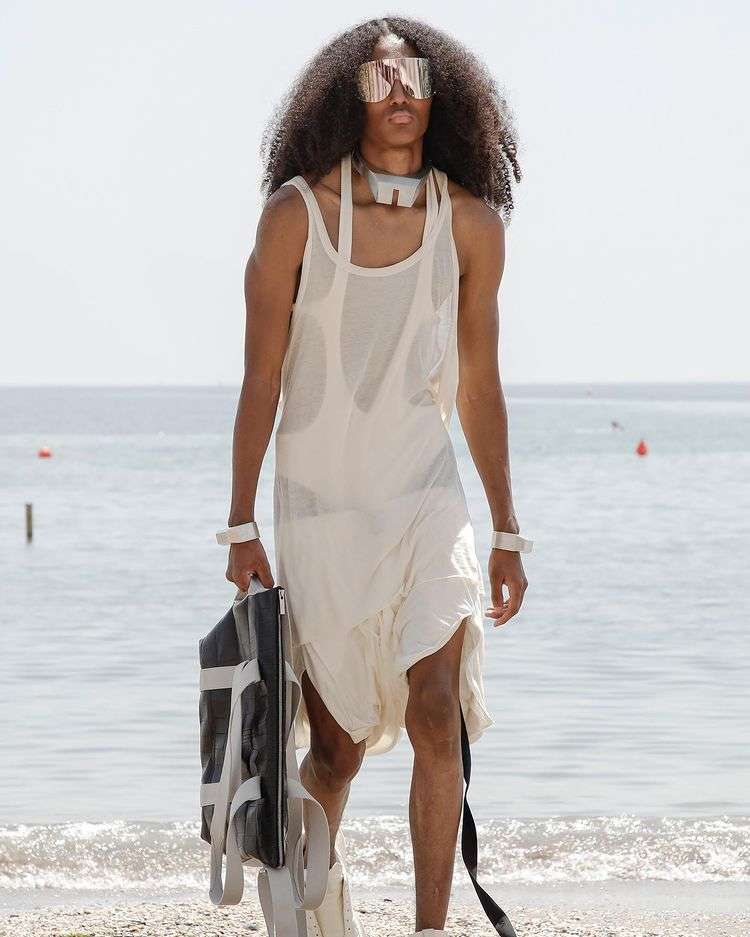 Designer Rick Owens underplayed and opted for softer tones. There were feather coats, cut-out jersey and androgynous styles seen on the models. In an interview to Vogue, Owen said, “Next season all of the houses are going to want to show their flex. I don’t know how exactly we will be able to manifest everything that we have learned, but we’re going to have to figure it out.” 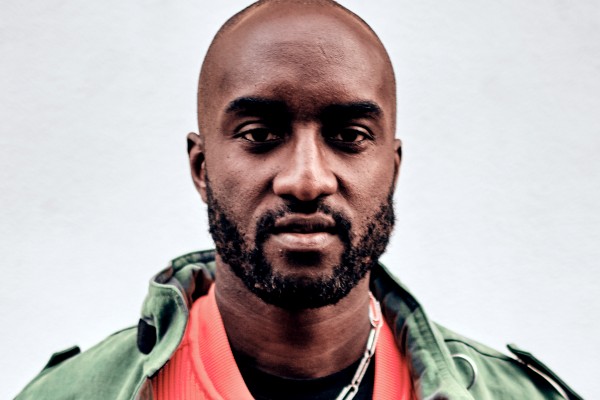 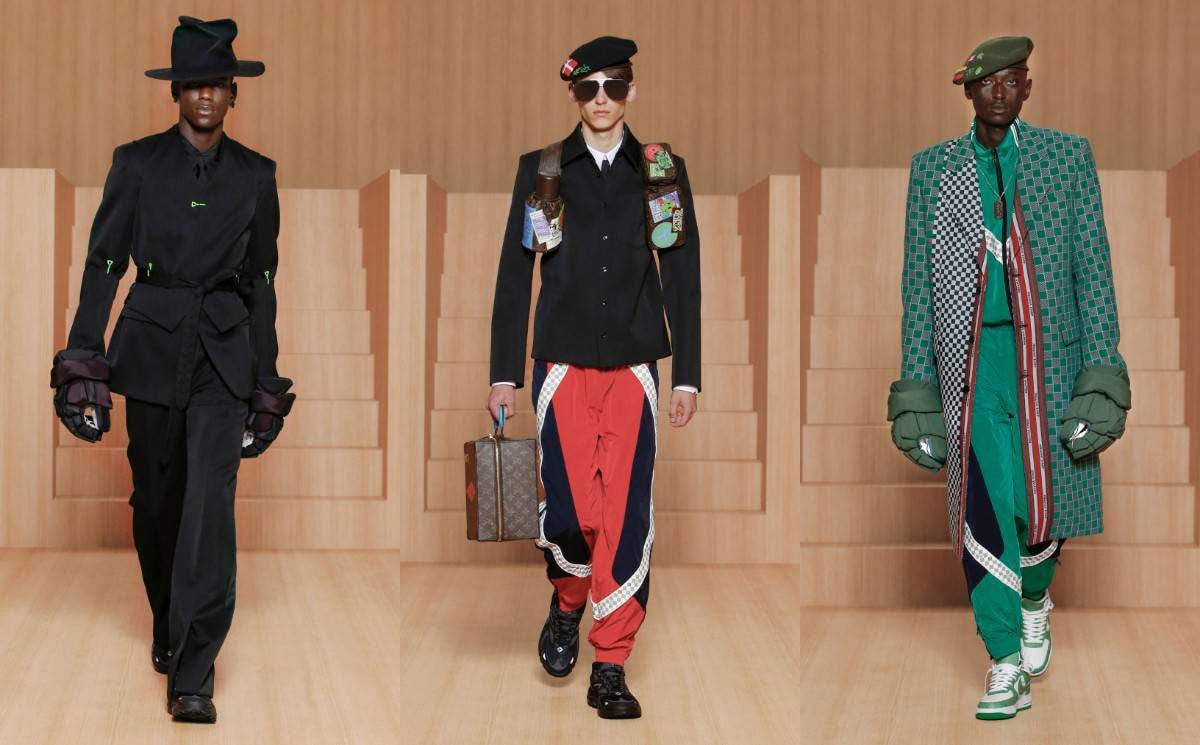