Claim To Fame: Ajayi has served as a fit model for some of the biggest names in plus-size denim. She’s also appeared in a commercial for Torrid’s Feel The Fit campaign, modeled for the My Black is Beautiful series and walked the runway in Australia’s L’Oreal Melbourne Fashion Festival.

Lola Ajayi was chasing her childhood dream when she crashed into modeling. “I came to Los Angeles for acting. I had the headshots done and the photographer was like, oh, have you ever thought about modeling,” she told HelloBeautiful. “Wouldn’t I have to lose like a hundred pounds or something,” she asked him. He replied by assuring the photogenic performer that, “plus-size modeling is a thing.”

Her acting career began similarly when a “substitute teacher,” informed her that she could act professionally. “I was just like, oh, you can do this as a career,” she recalled.

“I just remember going home and telling my grandma, like, I want to do that.”

Following her initial acting training she did a stint in the armed services inspired by a personal mission to serve. “I felt like I could do something for my country,” she said.

The skillset she later acquired, combined with her foundation of studying drama helped her expand into a modeling career.

“I feel like a lot of my training for acting has helped me in my modeling period, just because it helps you be more confident in yourself. It helps you connect to who you are and be comfortable with who you are,” she said. She transformed into what she called “my alter ego,” and “my Beyoncé,” during the shows she booked in Las Vegas, New York, San Diego, and Los Angeles.

“That’s what I have in my head,” she said. “I have my shoulders back. I’m super confident. I feel like I’m bringing something to them.”

Ajayi applied the dedication she took to surviving basic and learning acting techniques to finding a stream of steady opportunities seriously. “I’m like super stubborn, you know? Once I find something, I have to put all my effort into that before I give it up,” she said.

Ajayi worked to become a fit model for some of the biggest names in plus-size denim. “I’ve done tons of fit modeling,” she said. “If I didn’t have fit modeling, I wouldn’t be able to do what I do for the most part.”

Fit modeling allows designers to tweak their designs based on how they perform on real bodies, it also offers a stable source of income for models, and the flexibility to have time to go on acting auditions. New to the industry, Ajayi didn’t know what the practice was when she began seeking work and eventually booking, “I completely went from not knowing to being on the job,” she said.

She also appeared in Full Figured Fashion Week, a commercial for Torrid and walked the runway in Australia’s L’Oreal Melbourne Fashion Festival.

Ayaji’s commitment to body positivity extends beyond clothing racks and runways, when she isn’t modeling Ayjai is a staunch advocate for those suffering with hidradenitis suppurativa. She often lends her voice to the efforts to raise awareness about the stigmas associated with visual aspects of the condition.

Recently she appeared on The Shade Room’s Thick House. “I was nervous about going on the show just because of everything you see on TV, it’s just normally kind of toxic and people fighting and you never know how things may get edited,” she admitted. Ultimately she arrived at a decision she was comfortable with. “I had a peace about it,” she said.” She, the models, and the judges featured present the ins and outs of the industry she discovered on her acting journey to those who might be as clueless as she once was. “It lets them know that there’s someone out there doing things that they never thought they could do,” she said. “I’m glad I did it because all the girls that I met were fully wonderful.”

Ayaji had a great experience on the show where she bonded with her fellow contestants and gained insight from the judges. Now that the cameras have wrapped she and her friend Claytia Gonsalves are focused on telling the stories about the plus-size modeling industry in a comedy series they’re shopping to networks and streaming services. “The very first episode of the show, it has to do with like a fit modeling experience I’ve had,” she revealed.

She wants to use the show to normalize plus-size bodies in all situations including hilariously awkward interactions with clients and other silly scenarios Hollywood hopefuls find themselves in.

“I never see us in random spots,” she said.

Model Monday: Mom And Doctoral Student Maureen Nicol Only Models If She Can Make A Difference 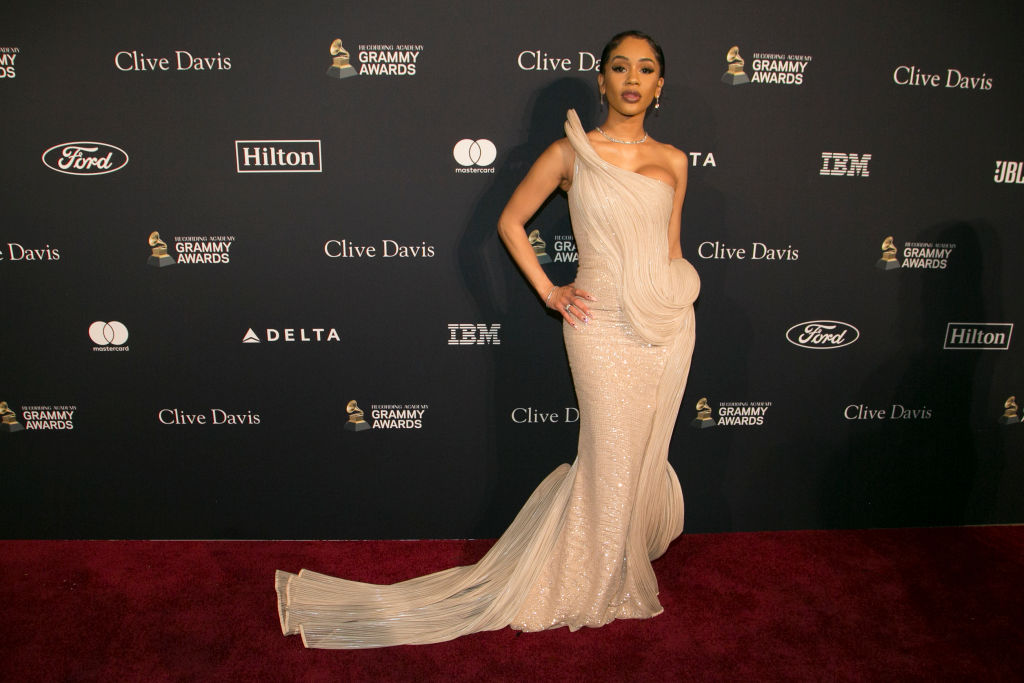 [ad_1]   Source: Gabriel Olsen / Getty Things haven’t cooled down ever since Saweetie stepped on the scene and declared it Icy season. The Best… 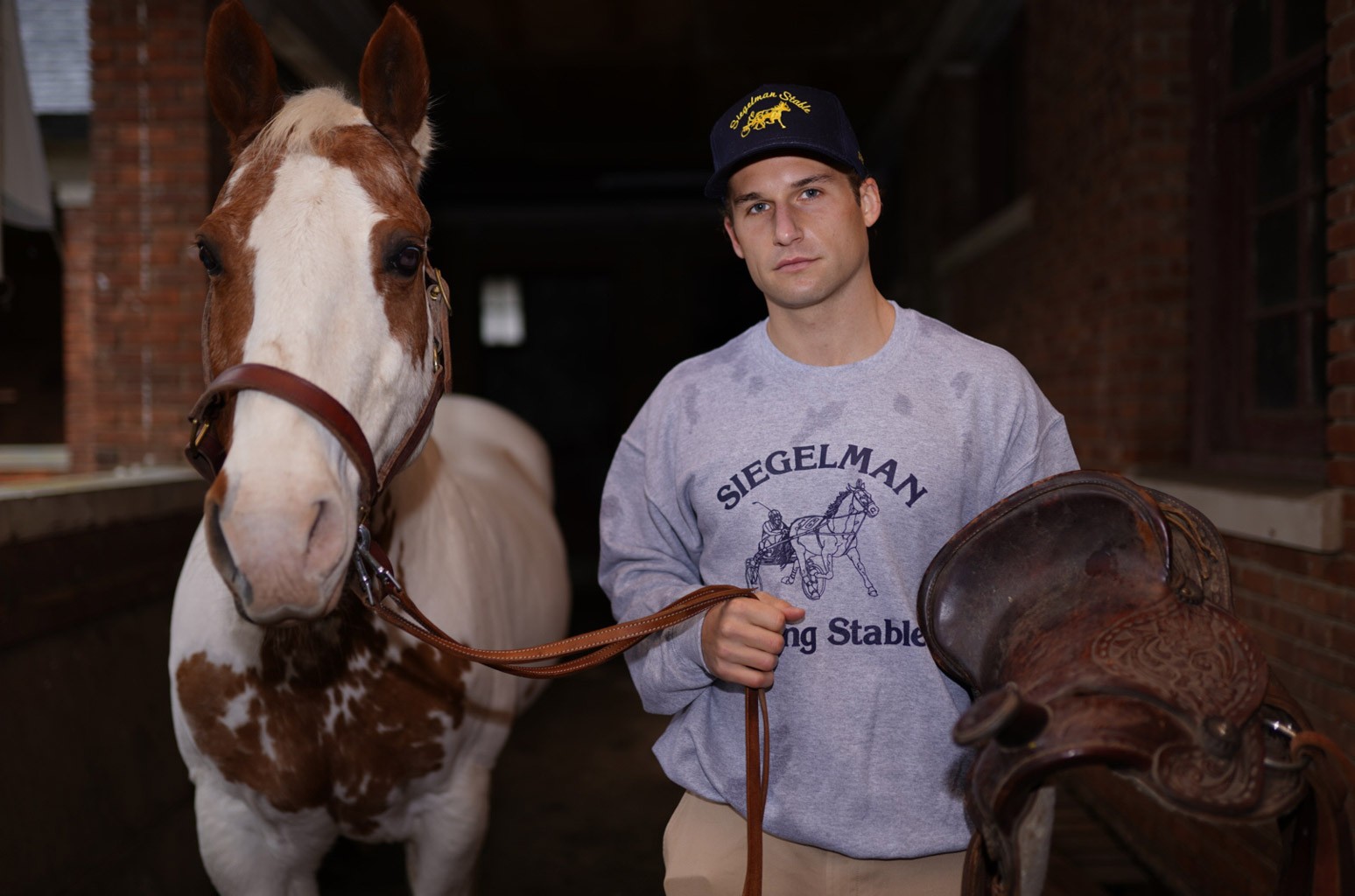 [ad_1] For some actors, the roles they have played stick to them like shadows, long after they should have been left behind. Just ask Mischa…