This week on our favorite show, Rich Women Doing Things, the rich women did things. They ignored their best friends in the back seats of Suburbans while filing their nails. They rented out an entire spa so they could be inside mask free, but then went into the cryotherapy chamber for only one lousy minute because they are whiny little brats. They hung overdone portraits of themselves with overdone hairdos in their overdone houses and then overdid acknowledging that they know it’s overly narcissistic to hang a portrait of oneself in one’s own overdone home, but then there it was, hung, unlike their husbands. It was over. Done.

Mostly what the women did was have fun. This was a fun episode. There wasn’t much fighting or drama, but we got to see all of the women enjoying their lives and having good times with one another or their families. I loved seeing Kyle and Mauricio surprise their youngest daughter, Portia (who has Kyle’s husky voice and Mauricio’s everything else), with a visit from her bestie, Sophia, who returned home from The George Washington University (my alma mater). It was so sweet, and Portia’s response was so over-the-top but not in an annoying way. Who can get upset about a girl who loves her sister so much that she starts crying and laughing and saying, “I can’t breathe,” over and over again? Then when she found out Sophia had to quarantine before she could see her, Portia sobbed, “This is even worse than having you in another state.” It was just adorable, even though Washington, D.C., is not a state and is taxed without any representation in Congress and GOP representatives won’t hold a vote on whether it should become a state, but whatever. Adorable, regardless.

I also loved Erika and Sutton’s trip to the spa. I also loved the nice moment of empathy for Sutton and an attempt to bond over their shared divorces. I also loved that Sutton was willing to ask Erika if it upset her that Tom hadn’t seen her in Chicago on Broadway, which prompted a more revealing conversation than Erika is usually willing to give us. I also loved (because I start every sentence now with “I also loved”) Erika saying that it had hurt her and that it hurt her even more when she had to defend his actions at the reunion, giving us a peek into what her life must have been like for many years.

We get a bunch of reveals from Erika in this episode, enough to make even the fan who yelled “Don’t divorce your husband!” from a Hollywood Tours bus happy. She talks about him being cruel and dismissive but also about how he had protracted and acrimonious divorces from his first two wives. (I’ve heard, not from Erika, that there were suspicions of him doing shady things with client finances way back during the second divorce, when forensic accountants had to be called in.) We also see her address the rumors that she was getting it on with Scooter Braun and her old Dancing With the Stars partner but not the rumors about her and Armie “Good Enough to Eat” Hammer.

Those last denials come up while she’s shopping for Christmas décor with Lisa Rinna, who has to bring up some very real allegations about her daughter Amelia and walking cargo-short-pocket Scott Disick. Erika and Lisa both say they saw the allegations in the press, and Lisa reveals that the two are a bit more than friends. This priceless exchange followed:

That’s really all that needs to be said about a 19-year-old who’s recovering from an eating disorder dating a 37-year-old abandoned boat shoe and reality star who has three children. But I don’t think it’s really the age difference that gets everyone upset. As Lisa points out, Harry dated a much older woman when he was young, and Erika dated a much older man when she was in her 20s. Other women say they would have no problem with it, but Sutton says she’d lock up her daughter in the house with no cell phone because Sutton wears “I LIKE IKE” pins under her oversize ponchos. So the consensus varies, but I don’t think an age difference in a relationship is such a big deal — though honestly, the younger you are, the harder it is. I think the problem is that the older man is Scott Disick, the human equivalent of a name written in the snow with pee. (OMG, is Scott the new PK, a fungal infection that learned how to sing “God Save the Queen”?)

There is no better authority on the matter than Kathy Hilton, whose response is “Coming from someone who knows about raising daughters in the public eye, it could be worse, you know?” Oh, Kathy, we know. And we love you for this. Kathy continues to be this season’s MVP. Not only was she filing her nails in Crystal’s face, but she left us with the wonderful gem of “Peeping Thomasina” and called out Dorit for being English. Yes, she’s from Connecticut, but where is that accent from? Dorit says, “I’m not English; my husband is English,” but Dorit is about as English as Madonna during her Guy Ritchie phase, which is to say as English as a Thomas’ English Muffin. (And, yes, in England they do sell English muffins, but they’re just called muffins.)

Ugh, Dorit. I’m ready to say this: Dorit is nothing but Teddi Mellencamp drenched in labels. What has she even done for the past two seasons other than show up in a Louis Vuitton label-print overcoat worn over a Louis Vuitton label-print dress? At least we have her insane hair accessories and her stupid paintings to make her camp. At least she is visually interesting, whereas Teddi is about as visually interesting as your lint trap after drying a load of beige towels. But I don’t even find the labels that interesting. It’s not original. It’s not fashion. I am so glad Garcelle finally called her ass out on it. “Dorit commits to her brands, head to toe,” she tells us in confessional. “You’re never going to ask, ‘Is that Louis Vuitton?’ because it’s screaming.”

However, as dumb as Dorit looks, she does not look nearly as dumb as Sutton in a white shirt, black pants, and a twisty, gnarled bow that makes her look like a cater-waiter for an agency owned by Jack Skellington. She wears this at Kyle’s drinks event for all of the ladies because production was like “Lockdown 2: The Revengining is coming, and we need another event so let’s get you all to a hotel rooftop immediately.”

It’s funny because as soon as the women sit down to dinner, both Sutton and Crystal fall into a trap that Kathy and Kyle have laid for them. Although the two squashed their beef at the last event, Kathy brings up “Peeping Thomasina” Sutton and we’re back to litigating this fight that’s a dead horse so beaten it has turned into a smoothie with too many calories to be included on the All In With Teddi diet plan. Now, we’re back to the newbies fighting about something stupid while the rest of the women get to sit around collecting their paychecks without having to sully any of their images. And the new girls keep falling for it. I mean, they did it to Denise last year, and now here they are dragging Crystal and Sutton through it. It’s like hazing, but it keeps them employed.

Sutton thinks Crystal needs to “get a sense of humor” about when Sutton walked in on Crystal naked in Lake Taco, which is rich considering that Sutton’s sense of humor is so depleted she couldn’t deal with the “prank” the women played that night at dinner. She’s also upset about her “reputation” because Crystal used the word violated when describing how she felt after Sutton saw her naked and everyone thought that had some kind of sexual connotation. I was in agreement until Crystal, with the help of the genius editors, cycled through all the permutations of what violation could mean. Not included: the name of a perfume line Erika Jayne will be launching to pay the lawyers.

Sutton wants Crystal to tell everyone that nothing weird happened when she came into the room, a concession Crystal makes. Dorit is then confused because Crystal originally described it as “creepy” but is now changing her story. Well, I’m sorry, it seems like Crystal felt some type of way — call it what you want — when Sutton discovered her naked in her room. Do I think Sutton was trying to be creepy or mean or weird? No. But I also don’t like that the other women are trying to tell Crystal she can’t say she was violated. If she felt violated, she felt violated, and if that’s the way she wants to describe it, let her describe it that way. You can’t police Crystal’s feelings just because you don’t like the connotations of a certain word.

I appreciate Crystal for standing by the word violated, but I know that plenty of people are going to think she’s a mean girl for staring at Sutton with a knowing smile on her face as she flails around the end of the table like a one-wing dove (“Sings a song, sounds like she’s singing, ooh, ooh, ooh”). It is a little bit mean when Sutton says she was feeling weird because she was moving and Crystal says, “You moved a long time ago; stop blaming that,” but I also love that she said that because, seriously, come on, Sutton. I’m not going to apologize for being a Crystal partisan and loving her and loving her presence on the show. It’s like she is a gift that was presented to us with an enormous bow that’s as chic as Sutton’s is ridiculous.

Dame Brian Moylan breaks down all the gossip and drama, on- and off-screen, for dedicated students of the Reality Television Arts and Sciences.


By submitting your email, you agree to our Terms and Privacy Notice and to receive email correspondence from us. 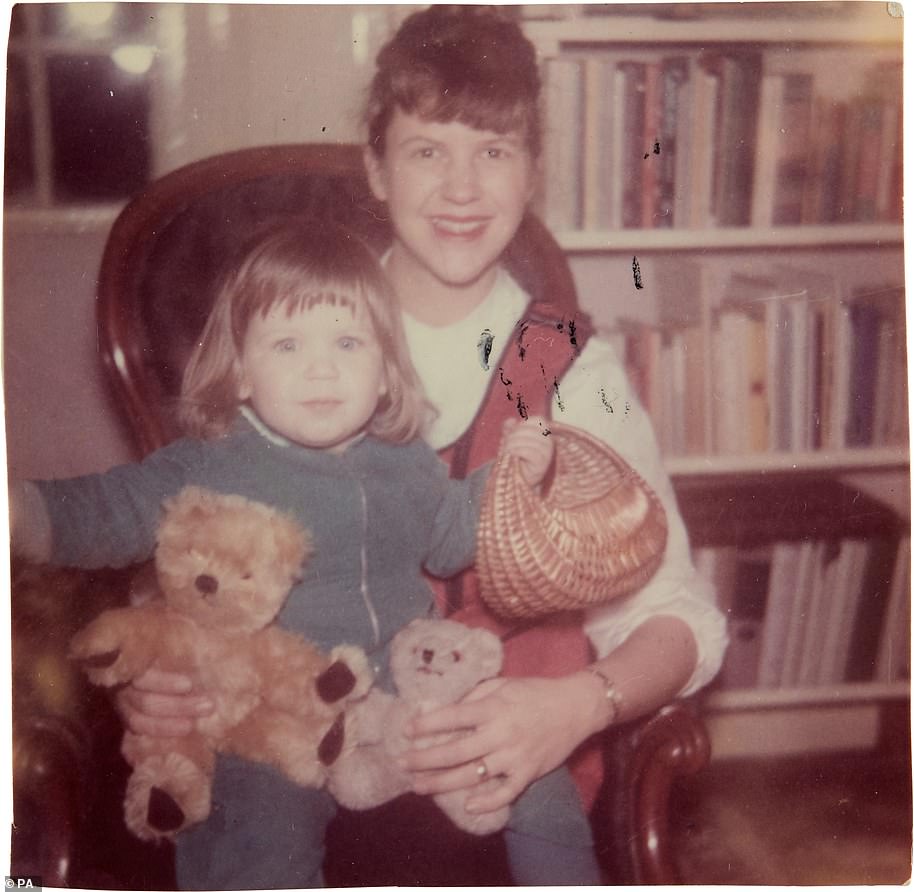