MILAN — The entirely digital experience forced by the pandemic was a thing of the past for White Milano’s most recent WSM format, dedicated to sustainability and held in conjunction with Milan Men’s Fashion Week.

While the trade show organizer is looking forward to September when it plans to stage a physical show for what its founder Massimiliano Bizzi has long described as the renaissance of Milan and its return at the forefront of the international fashion map, the most recent WSM edition held from June 19 to 21 saw some 50 brands showcasing their new collections in a “phy-gital” format, with key physical activations spread across Milan.

Almost like a collective pushing the boundaries of what sustainability and artisanship really mean in fashion, many of them were returning exhibitors that are not only showing commitment to the trade show season after season but also supporting one another.

Committed to expanding its local and international footprint, as reported, White Milano set up an hybrid format for WSM, aided by the easing of restrictions aimed at curbing the spread of COVID-19, which included mounting a temporary exhibition space at the Fondazione Sozzani Tazzoli Milano where it showcased a streamlined group of 10 brands selected with the support the Camera Nazionale della Moda Italiana. White Milano has also pledged a donation to the fashion governing body’s Fashion Trust initiative with which it shares the same goal of supporting young talents and small and medium-sized fashion enterprises.

To be sure, Bizzi has always been vocal about the need for industry operators to join forces in supporting the post-pandemic relaunch on Milan. To this end, the trade show also conscripted edgy Milan retailers from Daad to Modes and Biffi to Civiconove to each display a brand from the WSM selection, in a bid to shorten the gap between emerging brands and their potential customer base. It also forged ties with New York concept store The Canvas, based on a profit-sharing business model, bringing some of the brands the store promote to Italy. 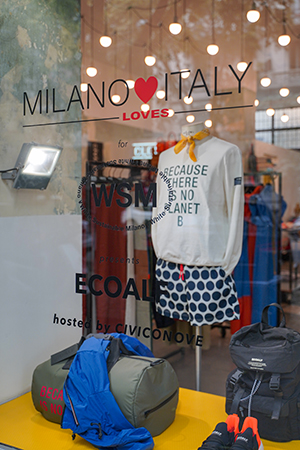 The Civiconove store displaying products from Ecoalf, an exhibitor at the WSM trade show.
Courtesy of White Milano.

The Sozzani Tazzoli Milano foundation was also home to a range of workshops and talks spanning from the sustainable transformation of the textile supply chain to denim supplier Candiani presenting its biodegradable Coreva fabric.

What sets WSM exhibitors apart is their commitment to sustainable and local production — in Italy or in the countries where each brand is based — and an overall purpose-driven business model that is sure to intercept the values of Gen Z consumers.

Here, WWD picked the four most interesting fashion brands on show at WSM.

The brand’s founder, Gioacchino Gentile, launched the brand in 2020 with a seasonless and genderless approach, aiming to offer his customers almost one-of-a-kind pieces. After moving to Milan to study design at fashion university Naba, Gentile said he “started scrutinizing the fashion system and developing my own ethic principles,” which led him to reject overproduction and a general fixation in the industry for a single stereotyped body shape. 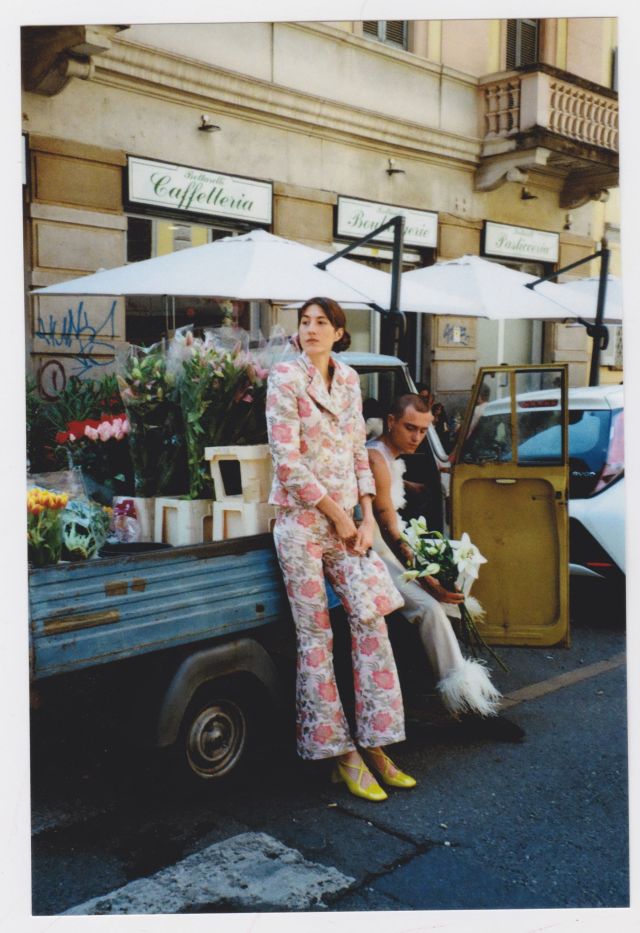 The collection featured feminine, delicate brocade single-breasted suits and boxy double-breasted versions paired with shorts for men, as well as see-through slipdresses hemmed with flamboyant ruffles for ladies who are excited to party once again.

ZEROBARRACENTO: Sustainable fashion press officer Camilla Carrara launched Zerobarracento in 2017 and she has been expanding its scope ever since, while continuing to bank on its core outerwear category — filled with roomy, belted and off-shouldered styles.

Like other brands on show at WSM, Carrara’s mission is to “reshape the values of the fashion industry, abandoning the season cycles and the gender- or age-based approach to clothing,” she said. Manufactured following the zero waste, puzzle-like paper pattern principle, which allows to save at least 15 percent of textiles compared to traditional processes, Carrera said she is often the one introducing the laboratories and factories she works with to the eco-friendly technique. 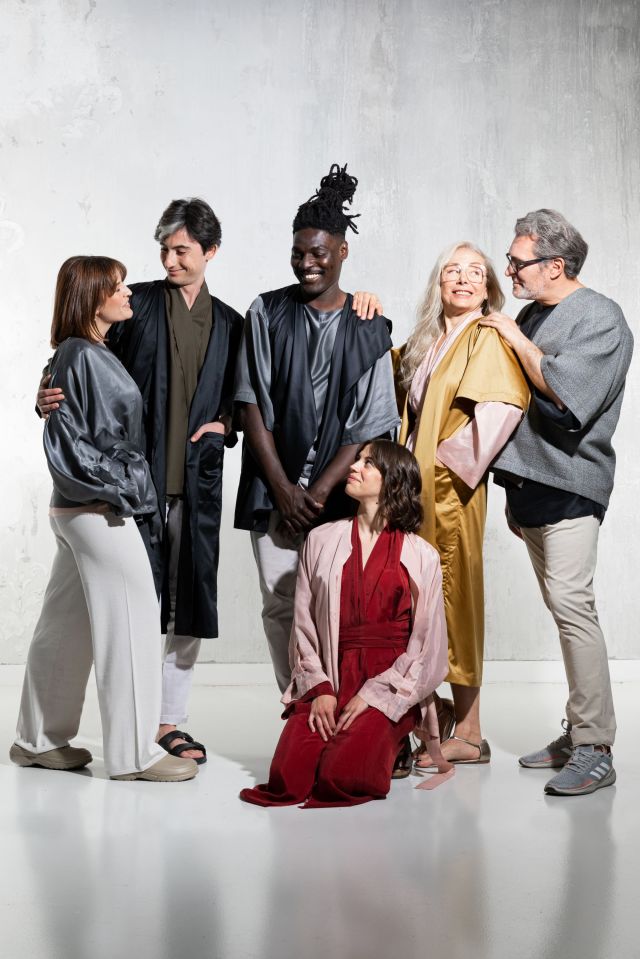 In 2020, she launched her own e-commerce site, receiving support from the Worth program established by the European Commission to help innovative SMEs thrive.

SARA VALENTE: Aiming to tap into the evolving needs of female customers always on the go, Sara Valente established her namesake handbag brand in 2010, developing clean and minimalistic styles relying on Made in Italy sourcing and manufacturing.

At WSM, she introduced a collection designed while she was pregnant, which inspired her to stress that approach even further, as seen on the “Papira” style that features pockets that can be rolled up and down to allow for more space. The designer stressed her “slow-fashion” bent, noting that each bag is carefully handcrafted by a single artisan, giving the items a one-of-a-kind feel.

MARCELLO PIPITONE: A IED graduate, Marcello Pipitone aims to imbue his upbringing and personal story in the namesake brand he founded in 2020. Filled with streetwear and sportswear inflections, the spring 2022 lineup of uncomplicated track suits, oversize sweaters with holes and denim pants, is a celebration of Milan’s suburbia. 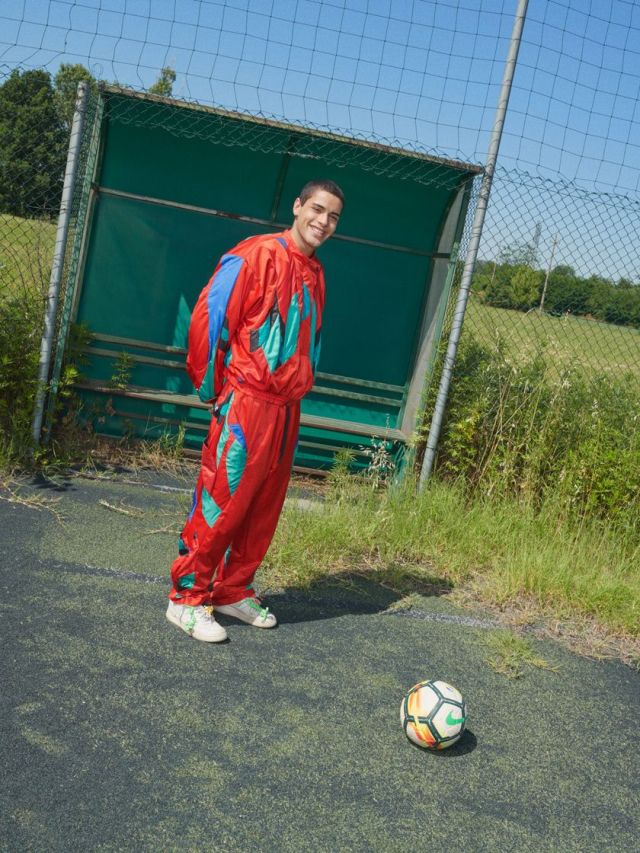 The designer, who grew up in the Bonola district, splashed the neighborhood’s name across some of the styles as a means to “elevate the image of suburbs, places where younger people don’t have so many opportunities,” he said. Mindful of sustainability and currently handling manufacturing himself, he has been increasingly using upcycled materials for his brand.